In the FBI’s Uniform Crime Reporting (UCR) Program, violent crime is composed of four offenses: murder and nonnegligent manslaughter, rape, robbery, and aggravated assault. Violent crimes are defined in the UCR Program as those offenses that involve force or threat of force.

The data presented in Crime in the United States reflect the Hierarchy Rule, which requires that only the most serious offense in a multiple-offense criminal incident be counted. The descending order of UCR violent crimes are murder and nonnegligent manslaughter, rape, robbery, and aggravated assault, followed by the property crimes of burglary, larceny-theft, and motor vehicle theft. Although arson is also a property crime, the Hierarchy Rule does not apply to the offense of arson. In cases in which an arson occurs in conjunction with another violent or property crime, both the arson and the additional crime are reported. 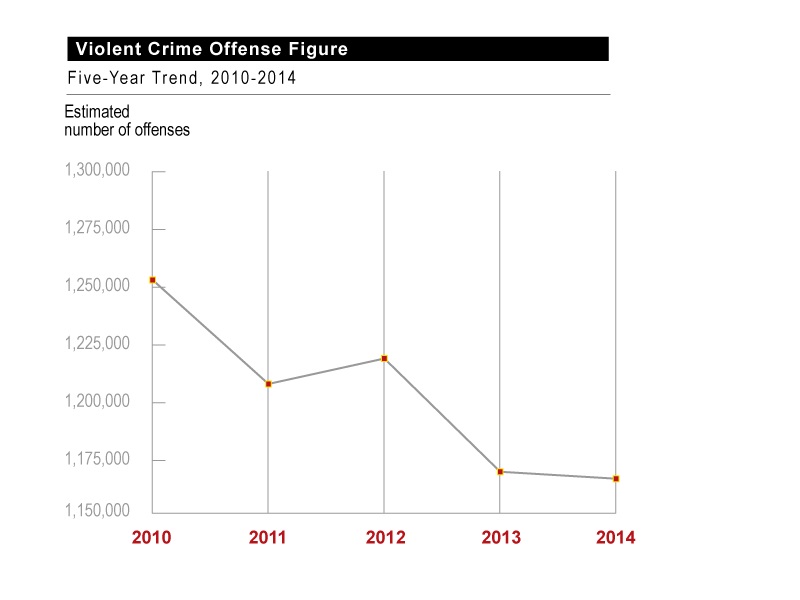