The FBI’s Uniform Crime Reporting (UCR) Program defines robbery as the taking or attempting to take anything of value from the care, custody, or control of a person or persons by force or threat of force or violence and/or by putting the victim in fear.

Expanded offense data are the details of the various offenses that the UCR Program collects beyond the count of how many crimes law enforcement agencies report. These details may include the type of weapon used in a crime, type or value of items stolen, and so forth. In addition, expanded data include trends (for example, 2-year comparisons) and rates per 100,000 inhabitants.

Expanded information regarding robbery is available in the following tables: 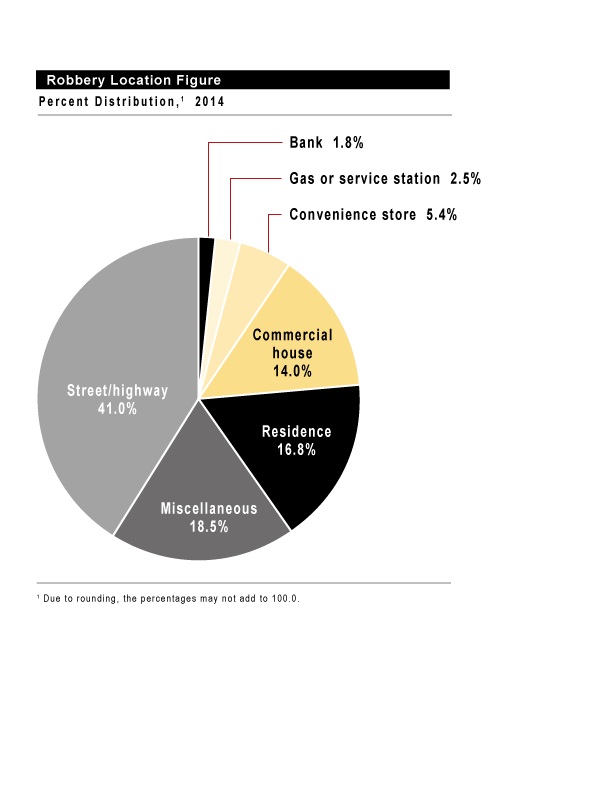