The FBI’s Uniform Crime Reporting (UCR) Program collects supplementary homicide data that provide the age, sex, and race of the murder victim and offender; the type of weapon used; the relationship of the victim to the offender; and the circumstance surrounding the incident. Statistics gleaned from these supplemental data are provided in this section. 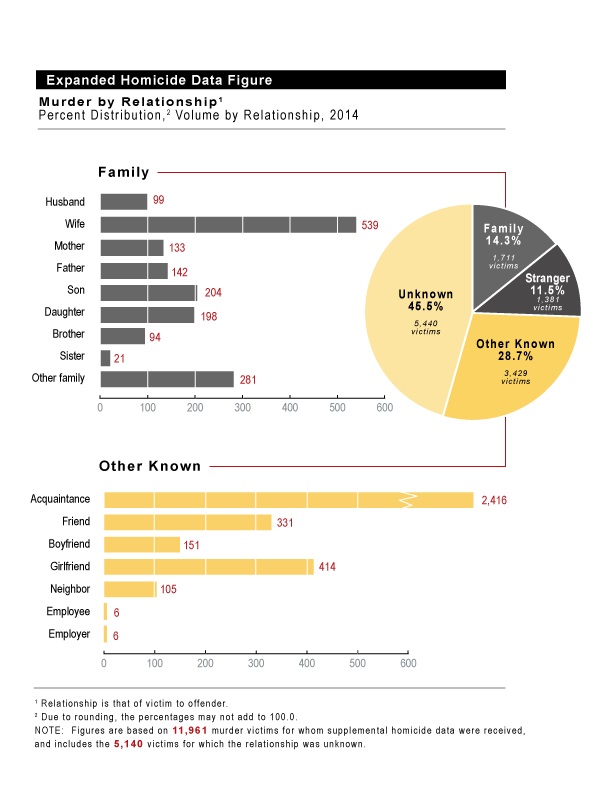 The following tables were compiled using information from the Supplementary Homicide Data: