The FBI’s Uniform Crime Reporting (UCR) Program defines larceny-theft as the
unlawful taking, carrying, leading, or riding away of property from the possession or
constructive possession of another. Examples are thefts of bicycles, motor vehicle parts
and accessories, shoplifting, pocket-picking, or the stealing of any property or article that
is not taken by force and violence or by fraud. Attempted larcenies are included.
Embezzlement, confidence games, forgery, check fraud, etc., are excluded.

Expanded offense data are the details of the various offenses that the UCR Program collects beyond the count of how many crimes law enforcement agencies report. These details may include the type of weapon used in a crime, type or value of items stolen, and so forth. In addition, expanded data include trends (for example, 2-year comparisons) and rates per 100,000 inhabitants.

Expanded information regarding larceny-theft is available in the following tables: 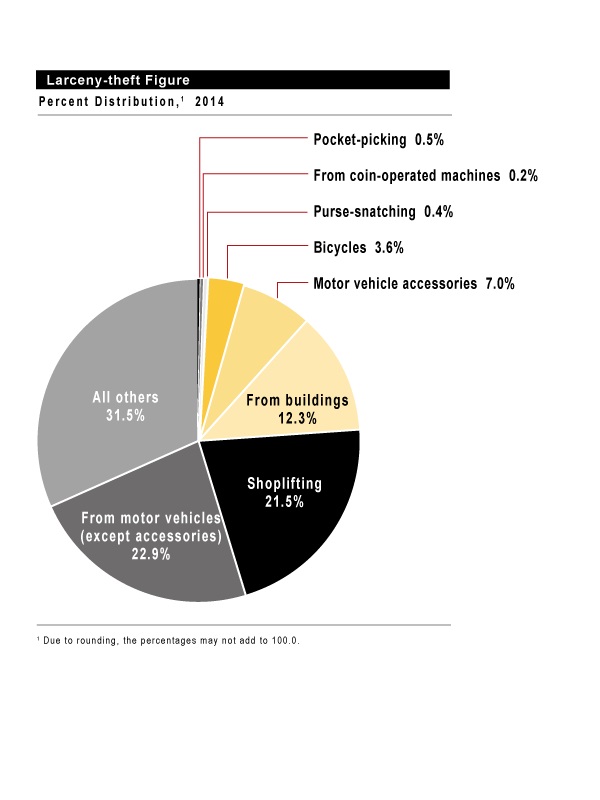