In the FBI’s Uniform Crime Reporting (UCR) Program, law enforcement agencies can clear, or “close,” offenses in one of two ways: by arrest or by exceptional means. Although an agency may administratively close a case, that does not necessarily mean that the agency can clear the offense for UCR purposes. To clear an offense within the UCR Program’s guidelines, the reporting agency must adhere to certain criteria, which are outlined in the following text. (Note: The UCR Program does not distinguish between offenses cleared by arrest and those cleared by exceptional means in collecting or publishing data via the traditional Summary Reporting System.)

In its clearance calculations, the UCR Program counts the number of offenses that are cleared, not the number of persons arrested. The arrest of one person may clear several crimes, and the arrest of many persons may clear only one offense. In addition, some clearances that an agency records in a particular calendar year, such as 2016, may pertain to offenses that occurred in previous years. 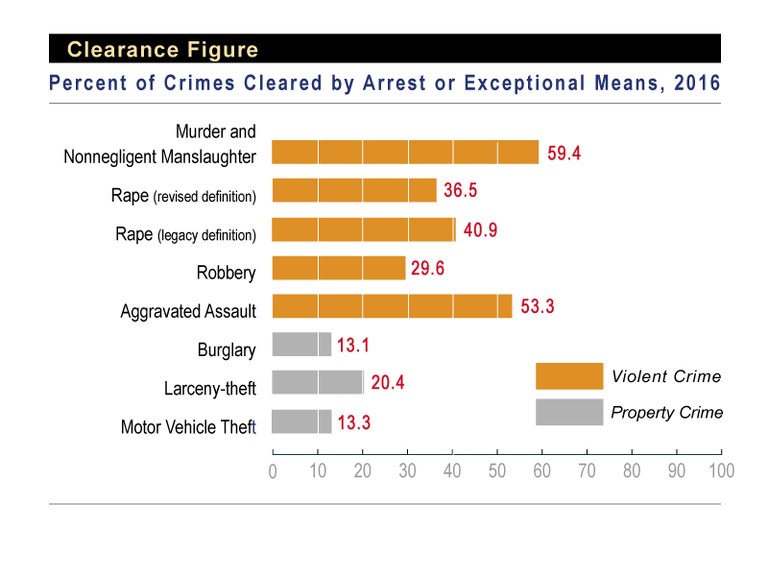 Arrest data are not on this page. In its clearance calculations, the UCR Program counts the number of offenses that are cleared, not the number of persons arrested.