In its clearance calculations, the UCR Program counts the number of offenses that are cleared, not the number of persons arrested. The arrest of one person may clear several crimes, and the arrest of many persons may clear only one offense. In addition, some clearances that an agency records in a particular calendar year, such as 2014, may pertain to offenses that occurred in previous years.

Expanded information regarding clearances for the offenses of rape, robbery, aggravated assault, burglary, motor vehicle theft, and arson may be found in Table 27, “Percent of Offenses Cleared by Arrest or Exceptional Means, Additional Information About Selected Offenses by Population Group, 2014.” 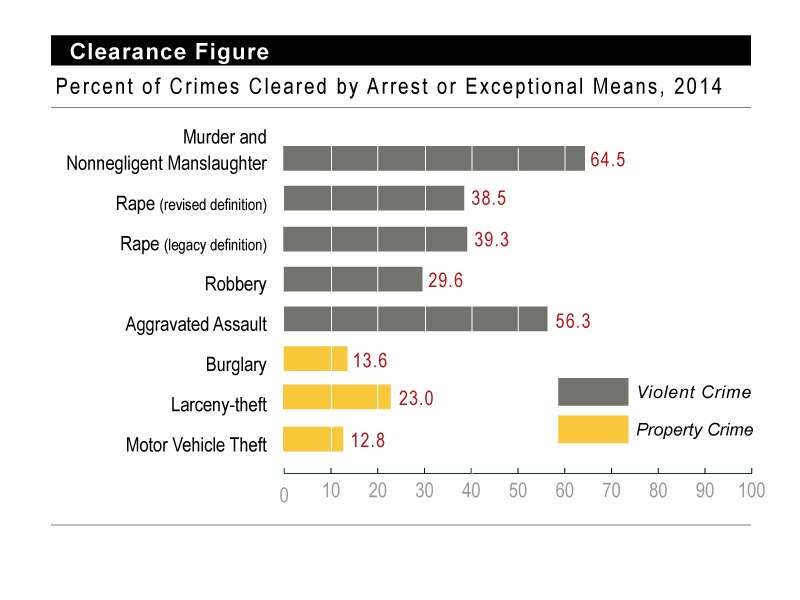 For questions about this information or for Web assistance, please contact the FBI’s Criminal Justice Information Services Division at (304) 625-2000. For more information about the UCR Master Files from which this publication was derived and other available UCR data, see UCR Electronic and Hard Copy Data Dissemination Standard Operating Procedures. To obtain UCR data not presented in this publication, please contact us via e-mail at crimestatsinfo@ic.fbi.gov